We went home late Tuesday night, after Trinity was released from the hospital. We have been here for almost a week and are definitely settling in well. Now that Bakri has returned to school (he was out for 2 weeks and 1 day because of the power outages associated with Hurricane Ike) things are getting to be a bit more normal for us. Of course, our normal isn't what most would call normal. We're still waiting to leave our house again because SOMEONE is going to paint it so I can have a working kitchen and bathroom downstairs. When that happens, we're going to stay with my parents and probably Moustapha's parents some. It kind of depends on how our schedules work out and how long we have to be gone. I've been told it will probably take a week before we can move back in. Also, Moustapha hasn't had use of his left hand since his surgery 3 weeks ago. It has been really hard on him not being able to help as much as he would like. But, he definitely helps. That is for sure. He is actually having his second surgery now. We are praying that all will go well. The doctor looked at his hand yesterday and said that things looked good. This part of the surgery will restore his finger, seal up his palm, and hopefully return his hand to normal soon. Once he recovers from surgery in a few days, he should have more functionality in his hand. 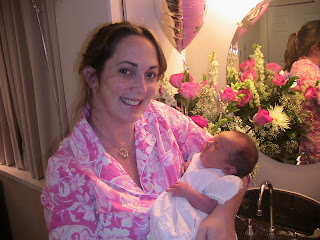 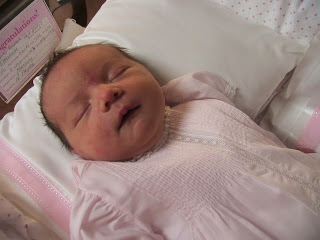 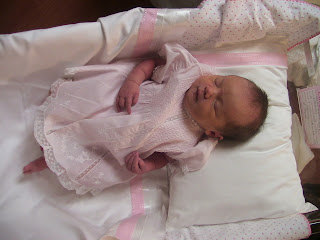 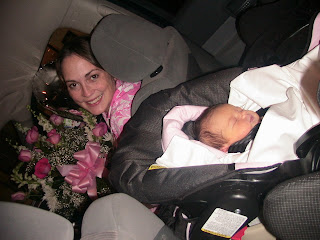 Headed home...I had to ride in the front, because we have 3 carseats in the back! Bakri needs to weigh 40 pounds before he can move to a booster- he is almost there! 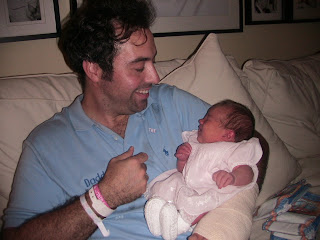 Yeah! We are home and daddy and Trinity are happy!

Posted by El Momma at 7:50 AM
Email ThisBlogThis!Share to TwitterShare to FacebookShare to Pinterest
Labels: home from the hospital on our way