Bakri's school had their fall carnival on Friday. We had no idea what he was going to dress up as. It's not as if I hadn't asked him...a thousand times...but, he never responded. He did tell me once that he wanted to be a dinosaur, but I was thinking that even if I found a dinosaur costume, he would probably get tired of it quickly. Luckily, his Grandma gave him a Train Conductor costume last Christmas and we had never pulled it out of the closet. The reason being, since we've been doing work on the house all year, we haven't built Bakri's train table. It is supposed to go into our study upstairs once it is painted and everything is put away. Then, our train conductor, Bakri could have enjoyed running the train.
But, this worked out really well, because to him, it was a brand new costume that he was really excited about. His school is so great. The parents are very involved and the teachers are wonderful. We all went to the carnival. Maddux was dressed as a Texas football player and Trinity rode in the baby bjorn in her pumpkin "my first halloween" pajamas. We had a wonderful time. 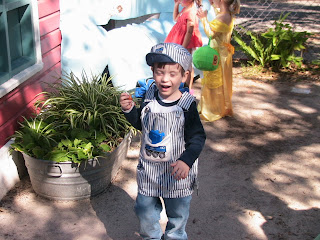 Here is Bakri after he won a mini-mr. potatohead in the go-fish booth. 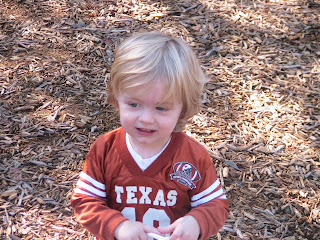 Maddux enjoyed being a football player and carrying his football helmet. 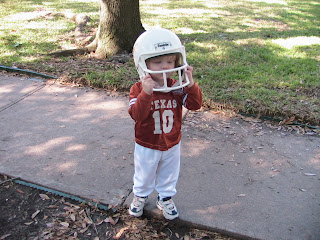 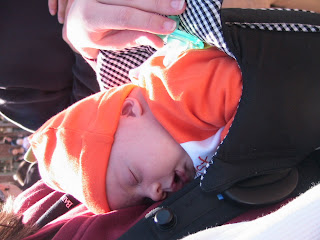 Trinity sleeping during the party...the picture is sideways. 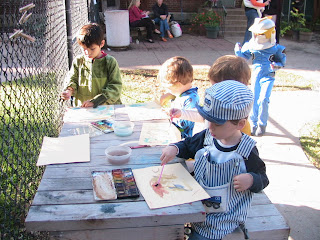 Bakri watercolor painting outside. His school is great about providing the children with lots of options and things to do both inside and outside. 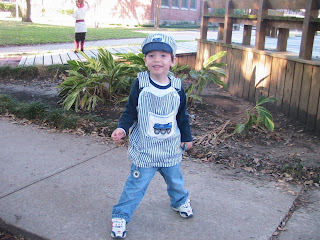 Here is Bakri when he first arrived to school. He was very excited! 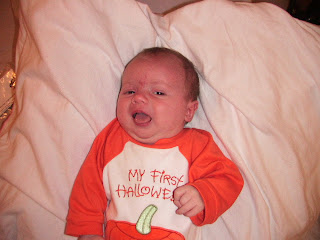 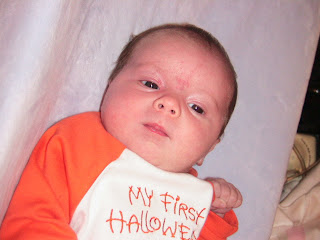