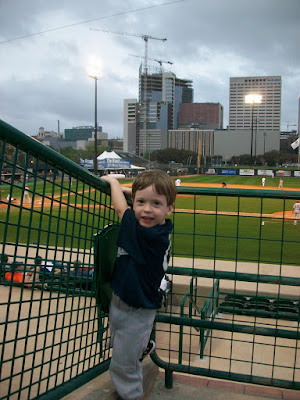 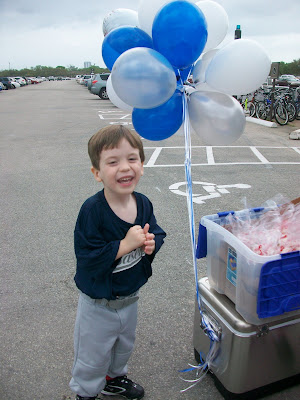 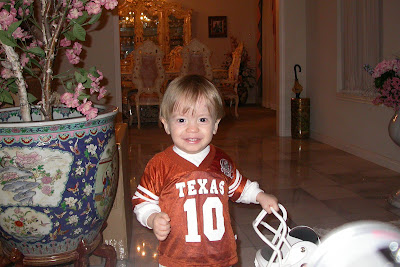 Our first son, Bakri was born on March 24, 2005. Unfortunately, my disk driver is not working on this computer, so when I went to put in a picture from the day he was born, it wouldn't upload. So, I'll just add that later. For now, we can look at this cute one from when he was 19 months old. 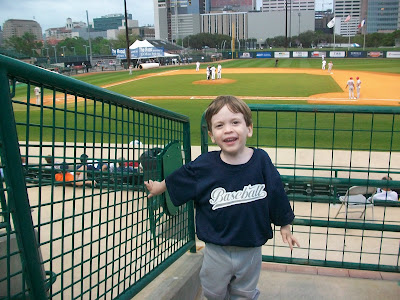 I would like to say a few things about our Bakri. He is an incredible kid. He is talented. He loves music, drums, guitar, piano, dinosaurs, insects, memorizing things, spelling and baseball. He has a vivid imagination and loves to act out scenes from books, movies, songs, or episodes from sesame street. And he is really good at it. He has filled the last 4 years of our lives full of surprises, firsts, laughs, and so much joy. It is amazing how much he has changed and developed in the last year. There is such a huge difference between a 3 year old boy and a 4 year old boy!- Thank you, Lord! I know there will be many more challenges and many more blessings ahead. We look forward to them and to a life of growing with Bakri as he grows into the man God intends for him to be. We are so thankful that God blessed us with Bakri. Our hearts overflow with love for our beautiful boy! Happy Birthday, Bakri. We love you! 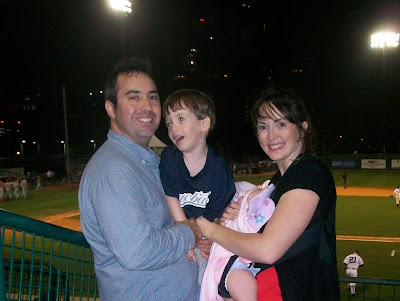 We recently celebrated Bakri's fourth birthday with one of his most favorite activities- a baseball game! We live down the street from Rice University and are now fans of Rice Owls Baseball. And why not? They are a great team. The ballpark is really nice and its an inexpensive way to see good baseball. 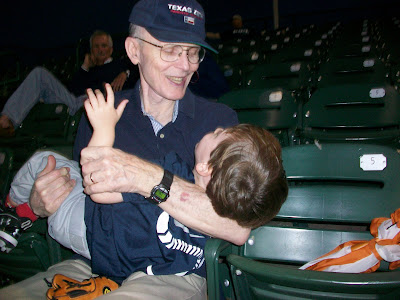 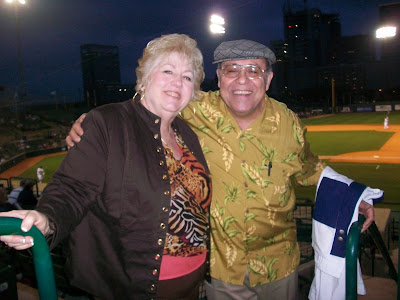 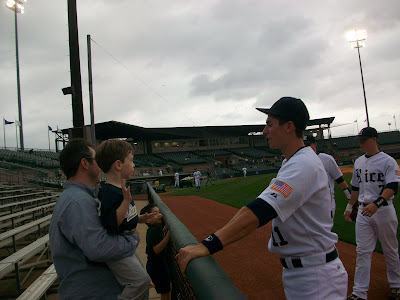 Bakri hanging out with the Rice Baseball players. 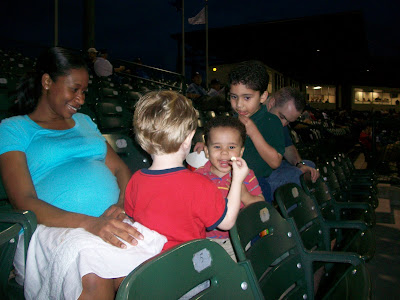 Aunt Patricia, Maddux, Christian, James and Uncle Michael having fun at the game. 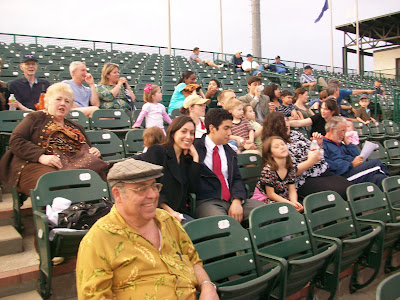 The birthday crowd! We were quite a crowd! 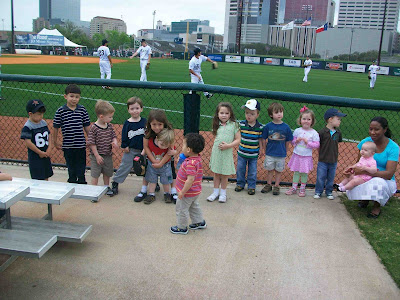 The kids lined up in front of the field at the birthday party. 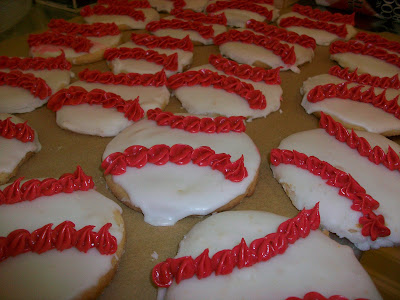 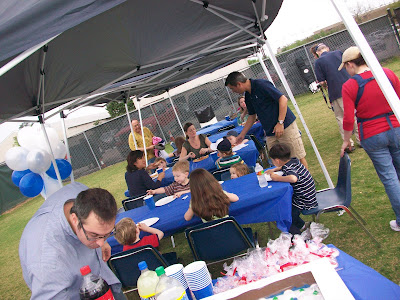 The party under the tents...it was a windy day, but it only barely sprinkled once. We were thankful to have no rain! 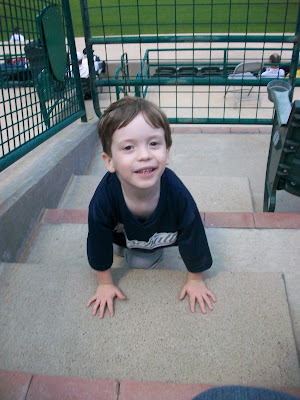 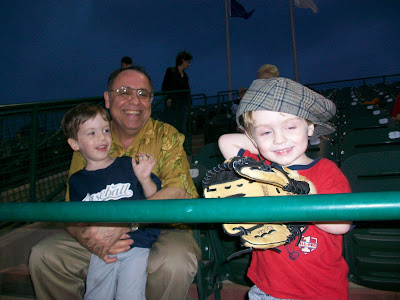 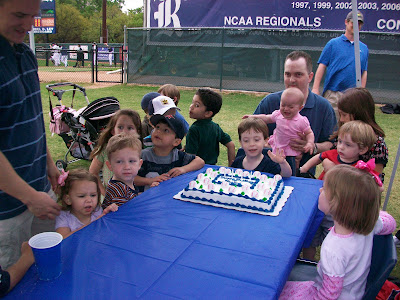 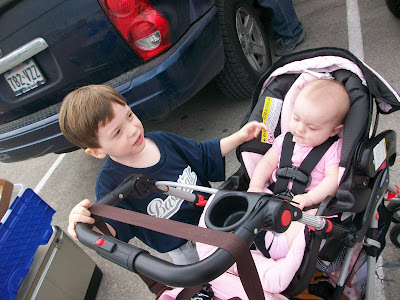 Arriving to the game and party with Trinity. 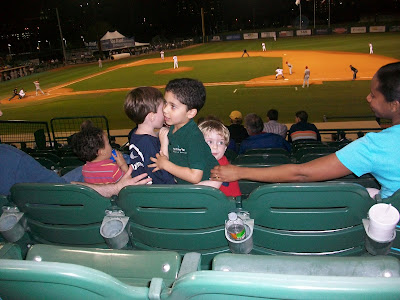 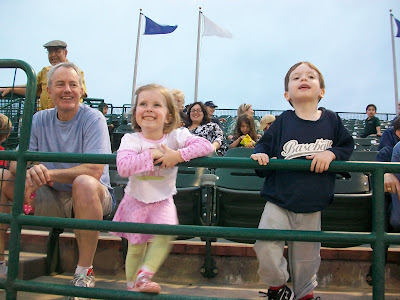 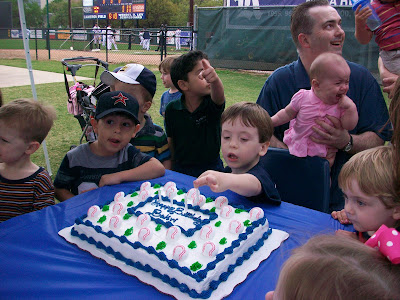 After Bakri blew the candles out (and spit on the cake, oops) he enjoyed removing the evidence. Every kid got a cute baseball ring from the cake. I thought that was a clever idea. I wasn't in charge of the cake, so I'm not sure who thought of it.
Posted by El Momma at 7:19 AM
Email ThisBlogThis!Share to TwitterShare to FacebookShare to Pinterest
Labels: bakri, birthday, cake, family, friends, parties