I can't believe it has been 2 weeks since I've posted anything. I guess I have some catching up to do. So, here goes. 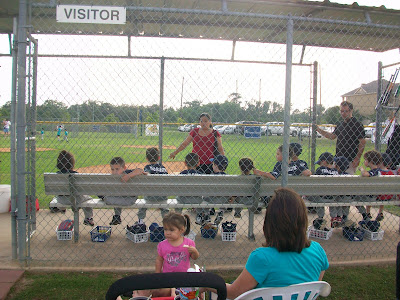 Bakri's tee-ball season ended last week. He played tee-ball with his cousin James again. They were the youngest on their team and they really improved throughout the season. They will stay in tee-ball until they turn 7. So, they really have a long way to go. It's exciting and Bakri has so much fun. He says, "I love baseball so much." 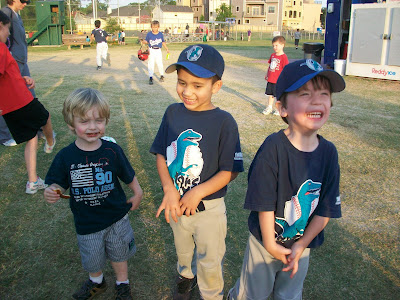 Maddux, James and Bakri after the final tee-ball game of the season. 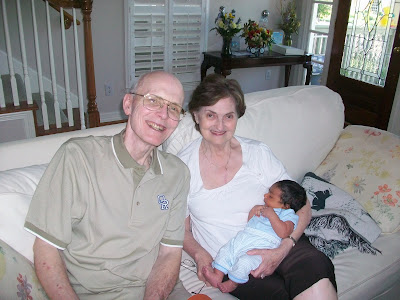 We celebrated Michael's 45th birthday at his house after Saturday's game. We couldn't help but reflect on how much God has blessed all of us over the last 5 years. When my brother turned 40, it was a happy time, but also kind of sad. Just because he and Patricia really wanted to have a family. But, look at us now. They now have 3 boys and my parents have 6 grandchildren. It is so fun! 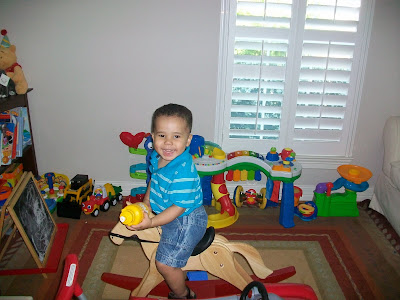 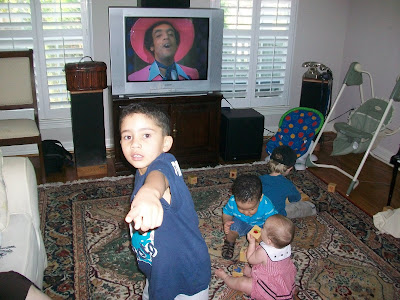 I think this was a dance move James was trying out... 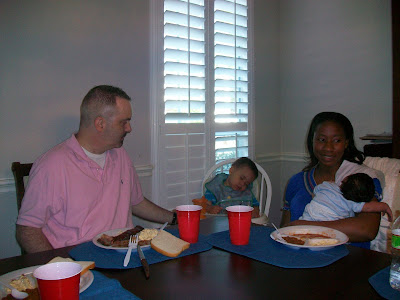 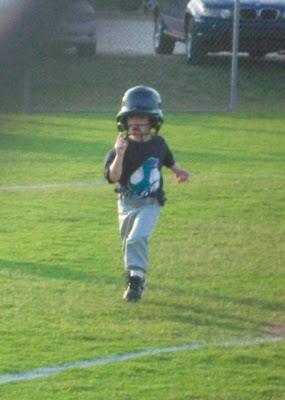 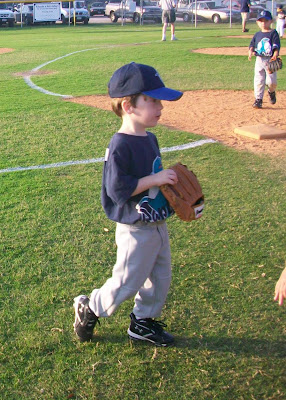 Bakri actually stays in his position now. If you've ever had the pleasure of watching a tee-ball game, you know that is an accomplishment for the youngest players. We are super proud! 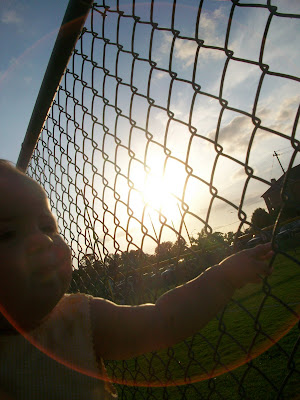 I love this picture of Trinity looking through the fence at the baseball game. 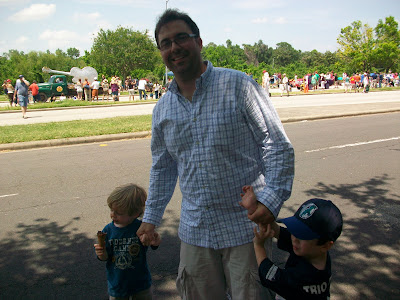 The same day as our Saturday tee-ball game, we also went to the annual Art Car Parade and saw some pretty cool cars! 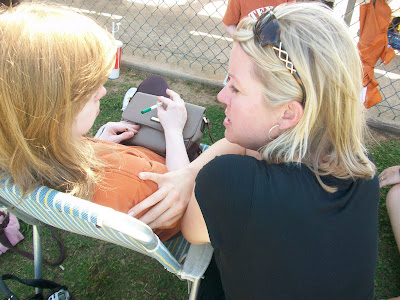 And, we got a surprise visit from Cousin Shawne. Melinda was totally shocked...but, eventually she figured it out. 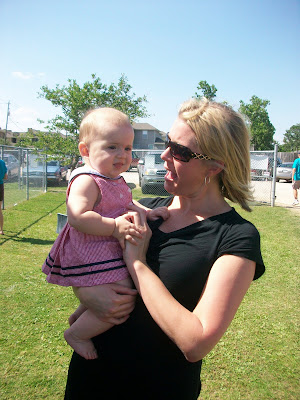 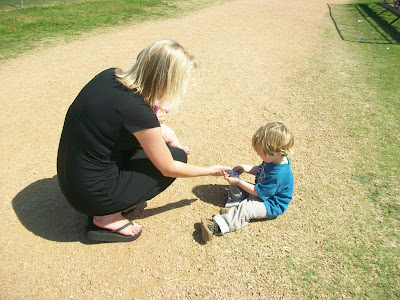 Maddux meeting Cousin Shawne for the first time. She ended up down in the dirt with him.
Posted by El Momma at 2:54 PM
Email ThisBlogThis!Share to TwitterShare to FacebookShare to Pinterest
Labels: art, bakri, baseball, maddux, parade, tee-ball, trinity