The Idea of the Day 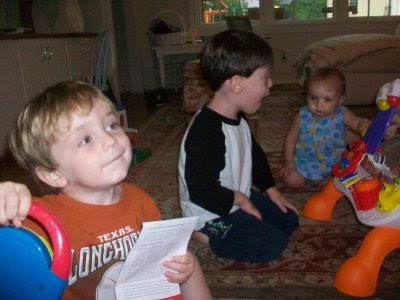 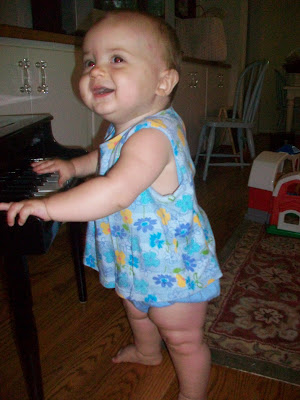 So, after a mis-hap this morning, Moustapha and I had the bright idea of me teaching the kids a show and then having them perform it for him and some other family members. So, I did (a little) research and settled on the musical Aladdin. The kids already know the movie and probably are familiar with most of the songs. And, I thought it would be perfect for our family. Bakri could be Aladdin and Maddux could be the genie & Abu. And they were both totally excited about it when I mentioned it this afternoon.

I went to amazonmp3.com and downloaded the soundtrack from the movie and a couple of songs (karaoke style) without words so they can practice singing with just the accompaniment.

Our first rehearsal went pretty well. I taught them two songs "One Jump Ahead" and "A Whole New World." The first song is a great song for boys- lots of jumping, punching and marching. That seemed to keep their interest. Now the biggest problem is- they are both Aladdin. So, we had to take turns practicing the song. Oh well. I hope our audience doesn't mind watching everything twice. You don't, do you, Moustapha???

I'll keep you posted on how this idea works out. We're having an issue with the camera. So, hopefully I'll have a new- working- camera before the "show."
Posted by El Momma at 2:50 PM
Email ThisBlogThis!Share to TwitterShare to FacebookShare to Pinterest
Labels: aladdin, ideas, music, musical, normal routine life with 3 kids, summer