"Our little ladybug is turning one. Flutter on by to have some fun." That is how the invitation began. And so, we had a bug party to celebrate T's first birthday. What's a bug party without a ladybug cake AND ladybug cupcakes??? Well, we're not going to find out this year, because we had both. And the boys were very helpful in all of our preparations. Luckily, they took shifts. One would be napping and the other would be busily helping me in the kitchen. Or, one would be at school and the other would be assisting me and licking the bowl. 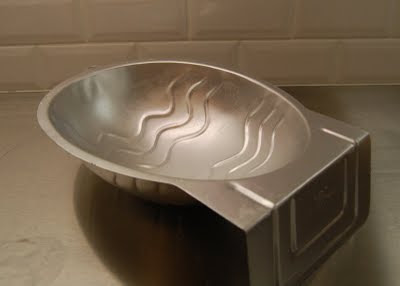 Our "egg" pan. This is what we used to make the body of the ladybug. We used one half of the pan from the baseball cake (which I made for the boys' first birthdays) for the ladybug head. 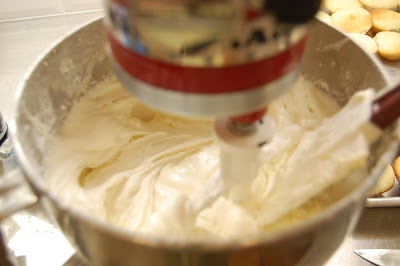 Mixing the buttercream icing to put on the cake before the fondant. 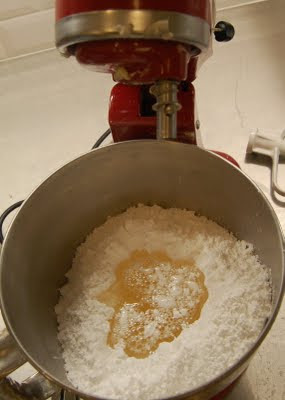 Making fondant. This was a little tricky, but it tasted 100 times better than the store bought kind. The key to making it smooth for me was refrigerating it. Some internet sites recommended putting it in the microwave to make it more pliable, but mine worked much better when it was cold and less sticky. 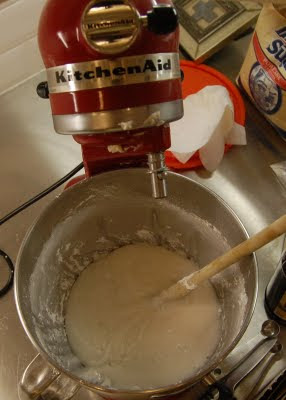 Stirring the powdered sugar into the fondant. 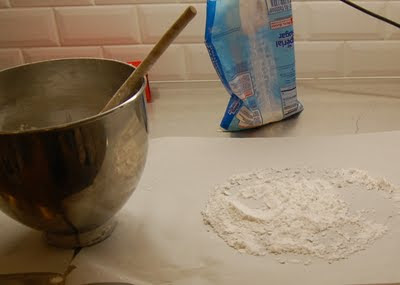 powdered sugar on the working surface to add to the fondant. 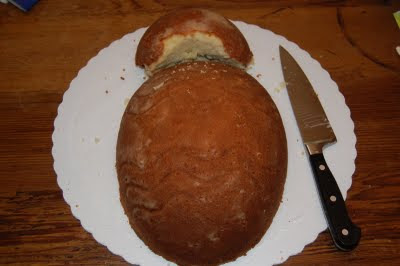 Cake is done! Now, we are going to put it together and ice it. 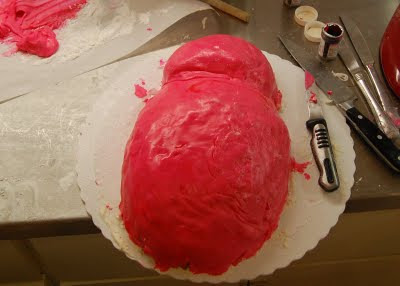 I tried to work with the fondant immediately when I made it. This was mainly because the birthday girl started crying in her crib. I didn't go get her instantly, with the hope that she would settle herself down. She did not. So, here is the result. But, the great thing is- the spots on the ladybug will cover the imperfections. Gotta love that! 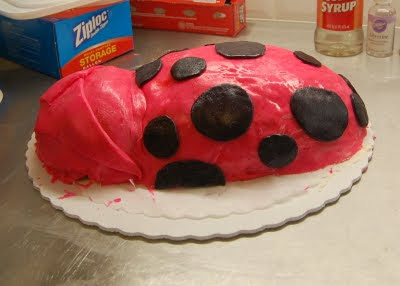 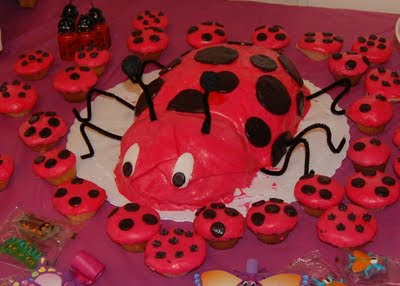