Happy First Birthday to our son, Leeland Thaddeus! We hit a grand slam with you, kid!

Last week our youngest El turned 1. It was a really exciting time for all of us. As I mentioned in an earlier post, we had baseball themed parties for our other boys when they turned one. But, this was the first time we had a birthday during baseball season. We decided that we would celebrate with immediate family-only, that's 28 people, with 24 that live in town and 4 that live out of town. So, we had a small party for 24 people! WHEW! It was tons of fun. Here are pictures from our afternoon/evening. We served hotdogs, chili dogs (I found a really great chili recipe online for chili dogs, which I normally don't eat. But, I ate 2 cause they were delicious!) chips, fruit and fresh homemade lemonade. After dinner, we sang to the birthday boy. Notice how he covered his ears when we sang to him! It was hilarious. I think it was just too loud, but he never stopped smiling. Then, we had cake and headed over to the Ballpark to watch the Astros play. After the game, they have a fireworks show on Friday nights. So, we stayed and watched that. It was a Queen inspired show and it was probably the best fireworks show we have seen there. It was really impressive and ended with Bohemian Rhapsody. Awesomeness.
So, everything was great. We had a wonderful time. And, Leeland managed to stay awake and didn't go to bed until 1130 that evening. Waking at nearly noon the next day. He's pretty cool.
So, we want to say happy birthday to our little Leeland, lovebug, little boy. You are amazing. We are so proud of you. We love you, we love being your parents and we love watching you grow. You rock, kid! 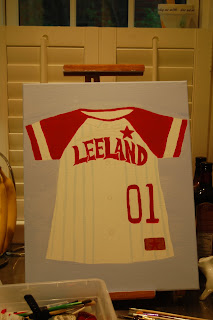 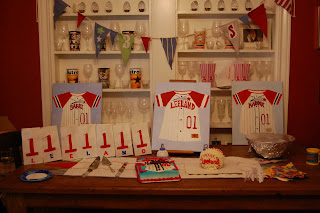 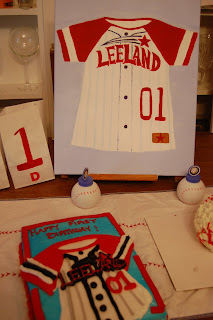 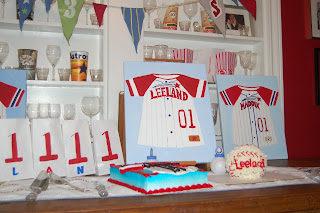 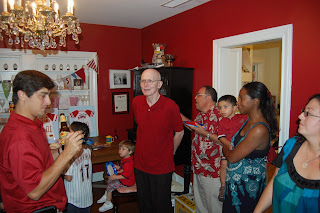 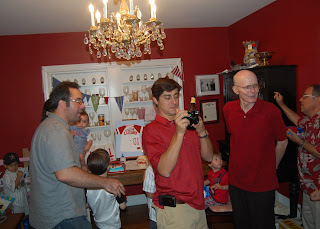 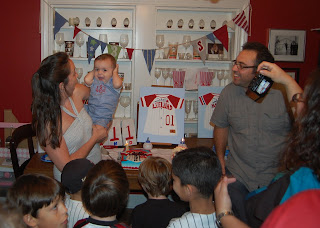 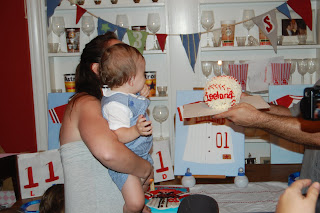 So precious...thank you love for keeping this blog! Leeland had a great birthday thanks to you!

Precious precious leeland!!! The party looked like fun and I love all your extra touches to make it so special! You're a fantastic mommy!