Our youngest turned 3 this summer. One month before his birthday he asked (completely unprompted) for a Willy Wonka birthday party. It was a perfect idea, so we got to work. We asked our family to join us for the fun and even dress as characters from the book...anyone, but Willy Wonka. Leeland, our birthday boy, would be the only Willy Wonka.

Last year the Els had a performance week and did a song from Aladdin at a family Disney night at our church. This year, the kids picked out their characters and we spent the week rehearsing and preparing for them to perform a few songs from the Willy Wonka and the Chocolate Factory movie. 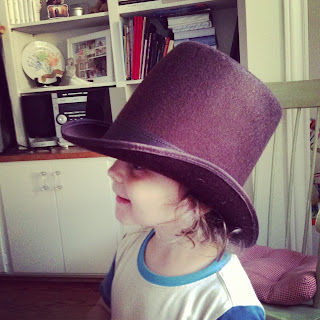 He already had a blue velvet jacket (hand-me-down originally purchased by his grandmother for his oldest brother) I found this hat on ebay. And ordered him a size small. 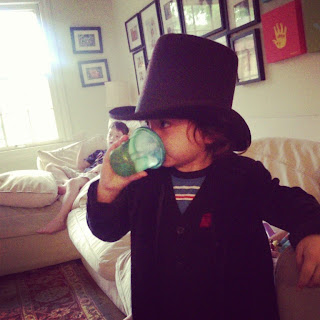 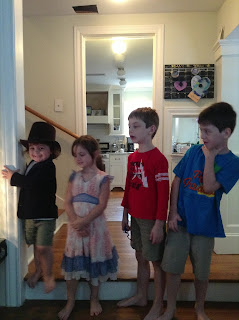 Practicing for the big performance. Our stage. 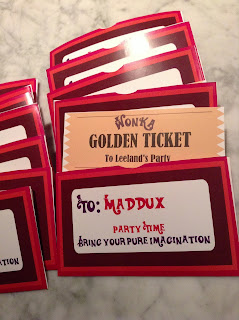 Tickets...I purchased a set of Willy Wonka graphics from Etsy. Everything was customized. 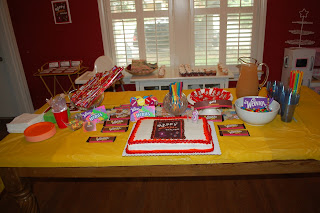 The party table. Cake, candy, chocolate and more candy. We've never served so much sugar at a party! 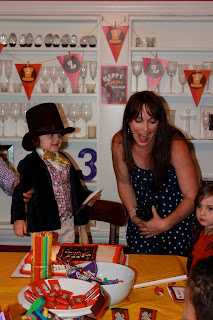 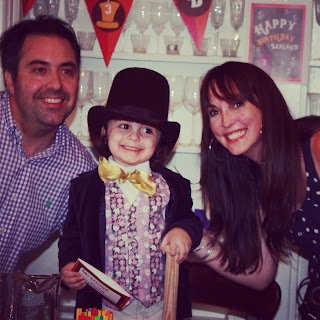