Yesterday was a big day for us. Our oldest child is on the spectrum. The Autism Spectrum. He's somewhat reserved most of the time, quiet, emotional and very sweet. He changed schools at the start of this year so we could have 3 children at one school and so that I could help him more and be more invested in the school. Changing schools in 3rd grade would be challenging for most kids and for our child, it is especially challenging. He doesn't seem to cause many problems in social settings. He is just an easy target at times. If another child makes fun of him, he may not notice. He processes things a little more slowly and carefully and therefore other children may perceive this as he's not as smart as them or doesn't know what is going on. It's not true. But, these are real challenges that we face. And, we face them as a family.

He loves kickball. They play it at recess and he especially loves his chance to be team captain. So, earlier in the year, I had the idea to sponsor a 3rd grade kickball game. I proposed this idea to the committee working on donations for an upcoming school event and there was nothing like this booked at the time for 3rd grade. So, I began working the details out with the school. We set a date- after STARR testing which took place earlier this week and we coordinated with the Little League who uses the fields later in the day.
Everything was set. As the date approached, we even recruited a few more players. Settling at 14 total. Which is $280 for the school. Yay!

We planned snacks, drinks, chick-fil-A and ice cream. My dear husband even designed tshirts for the event. The design was printed in all navy blue. They turned out so great. We found a local Houston artist, Randy at Donkey Paw designs who did all the screen printing for us. He is amazing and the turnaround was super fast. 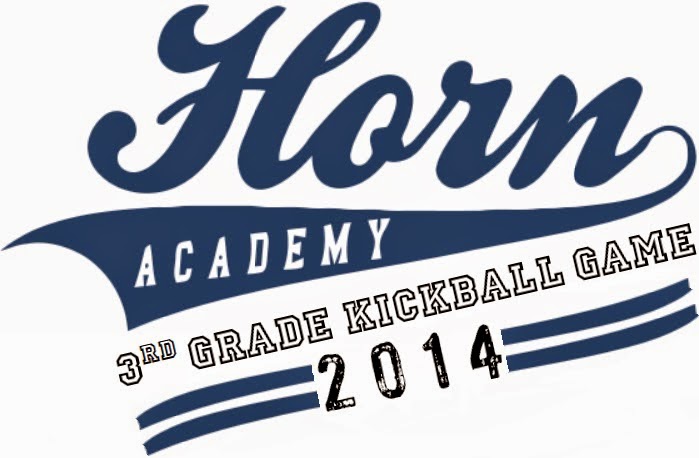 The challenge: there was some kind of miscommunication in planning another event- social- fundraiser for the same grade at the same time. I don't know how it happened. We received our date confirmation on February 7. But, somehow, 2 events were scheduled on the same day and this other game was sponsored by teachers. One of which is a teacher of my son. So, the classmates, the ones that we really want our child to have better relationships with, to socialize with, to be true friends with, guess where they wanted to be? They wanted to be at the kickball game across the field with their teacher. It makes sense. Their teacher is fun and she actually plays kickball with them during recess. And, they know her and love her. Why would they want to go with a couple of awesome parents who they don't really know? So, I'm upset. I donated a lot of time and money for the school and this double-scheduling error has been extremely upsetting.

My sweet boy just looked over my shoulder. I quickly scrolled down to show him the picture of him and his dad. He smiled and then he said. "I just don't understand why they had another game with players that were supposed to be on our team. We need another kickball game." I'm not sure what can be done about it now. It was unfortunate and unfair. But, it happened. Maybe we can help to make sure nothing like this happens to another family in the future. It certainly doesn't leave you wanting to work so hard on an event to support the school. However, I won't give up and I won't give in. I'll keep fighting to give my child and other children really great, enriching experiences, even with unexpected challenges.

We still had a great time. My husband was the umpire and coach and our first grader played the entire time. He loved it too! 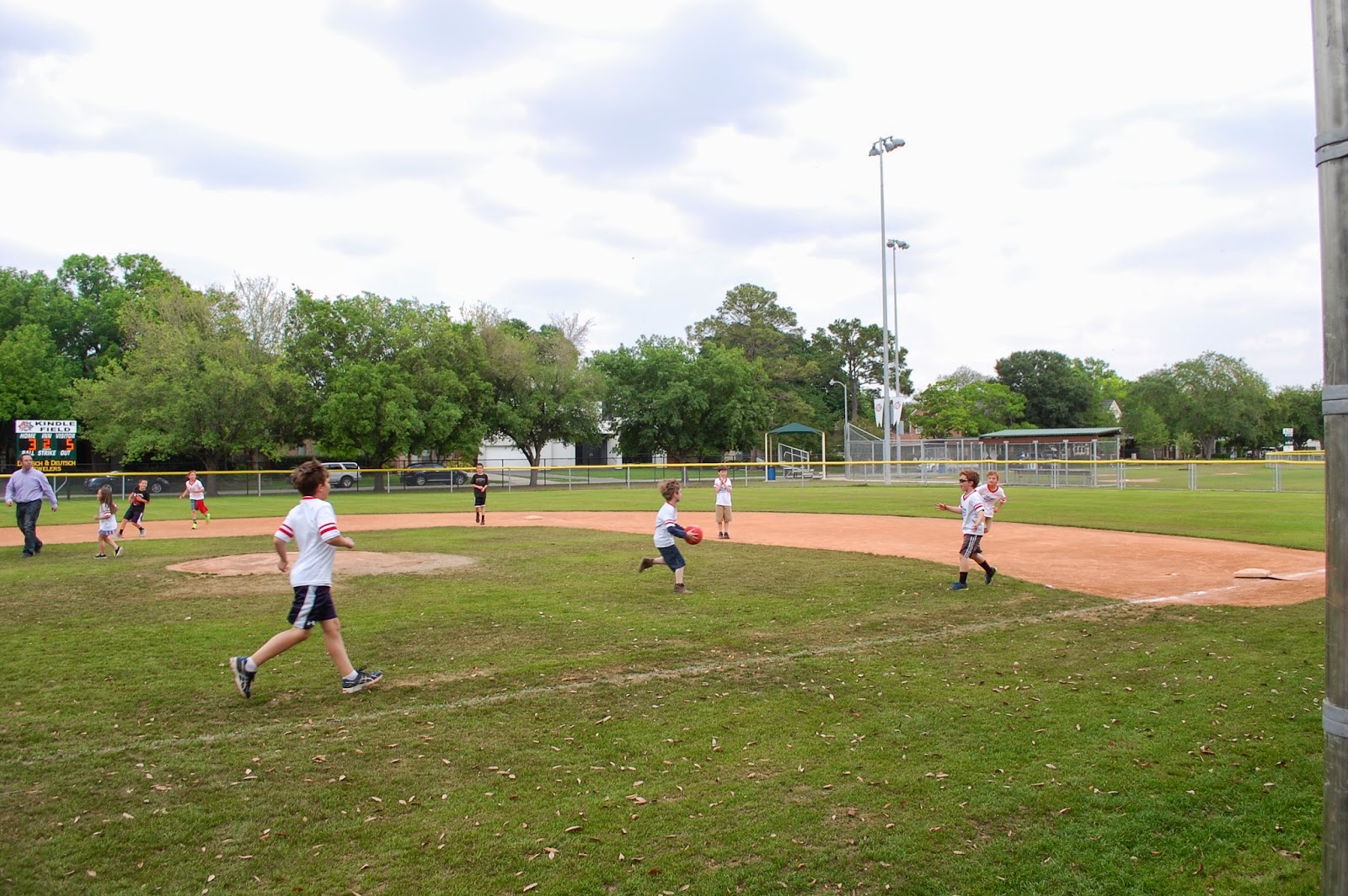 Our five year old even joined in the fun. The kids looked so great playing in their "team" jerseys! 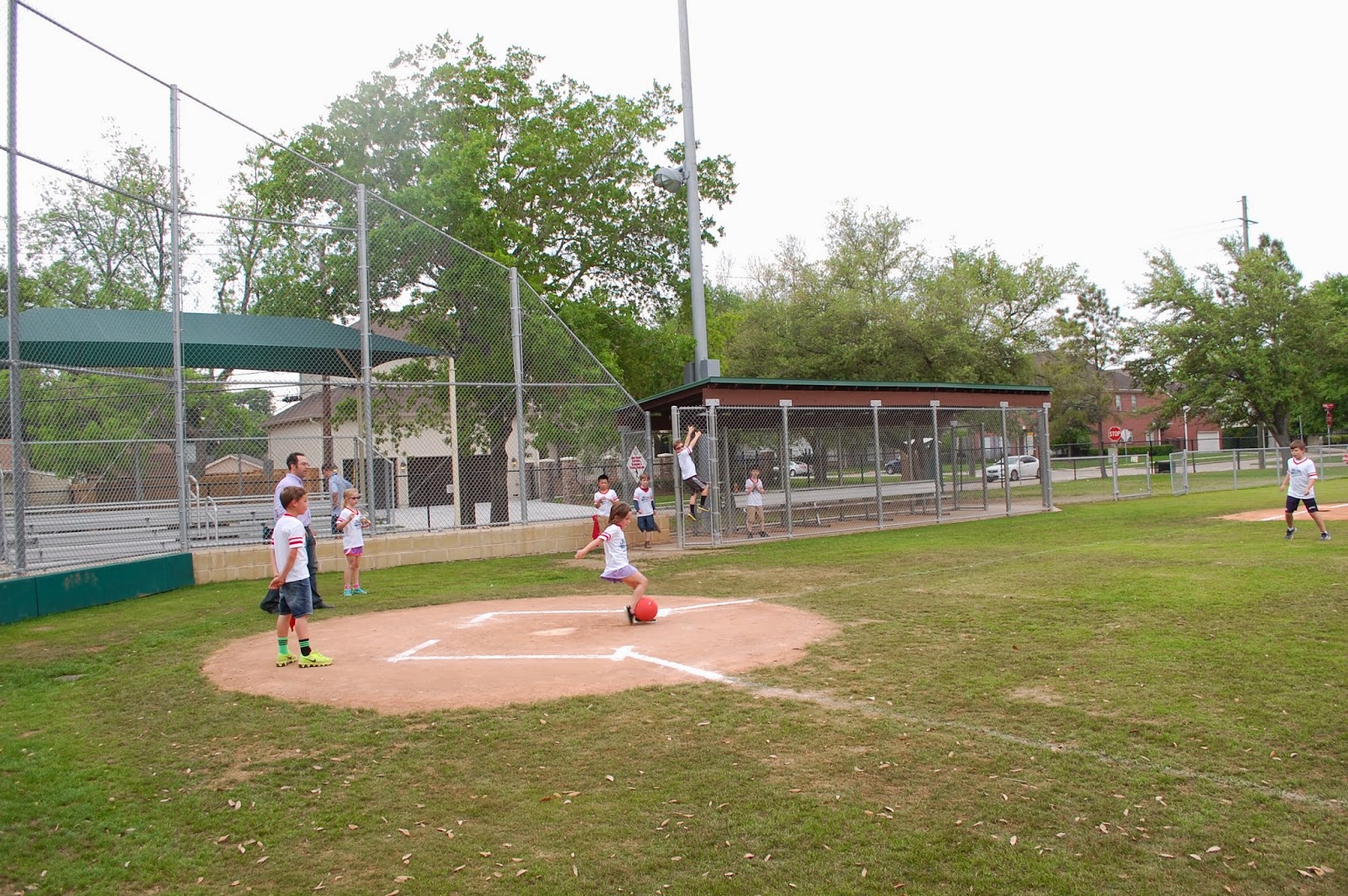 What matters most is the smile on his face. His dad and I are so proud of him. He loved the kickball game and calls it a "practice game for the next one." I don't know when the next one is, but I hope he'll be there with a smile! 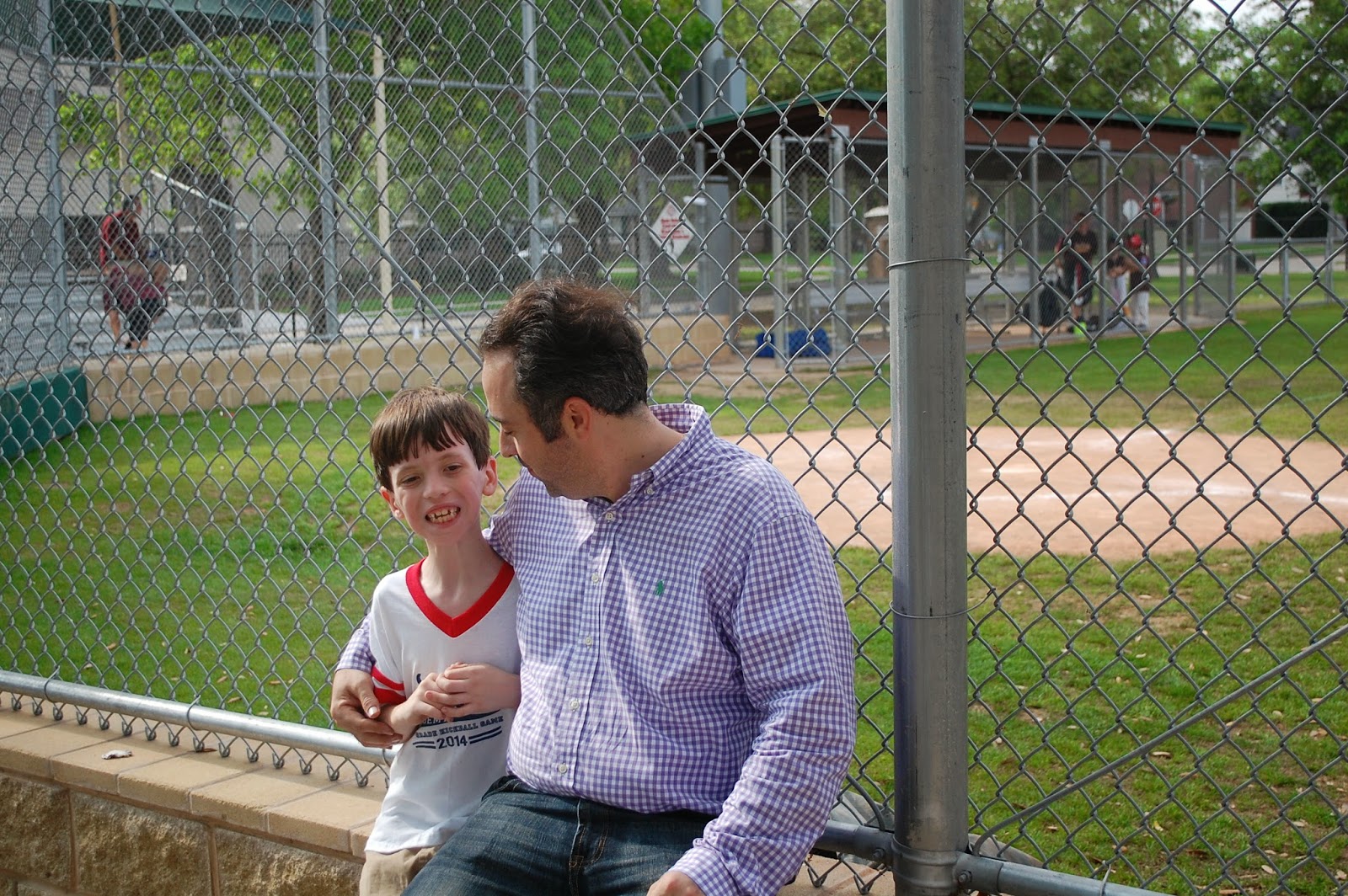 Doing What I Can

The purpose is just to be completely "Real" with you all and real with myself. The internet can be a place of fear and sometimes I am afraid of the consequences and the negative results that could come from over-sharing.

Three field trips in the last three weeks. How in the world can anyone work, manage a house, take care of children well and get anything done for yourself with such a crazy schedule? Impossible. But, it must be done. So, I'll try and in the meantime I will stop and attempt to do yoga in the middle of homework hour. And, my littlest guy will crawl underneath my warrior two or downward dog and maybe, just maybe, these little ones will learn a little bit about determination. I don't believe that I have to workout to feel good or do yoga to feel like I've had a successful day. But, for me, personally, reading scripture and having quiet time in the morning and finding time to do some kind of exercise during the day are two ways that make my days feel a whole lot more complete and happy no matter how little I may check off my list. 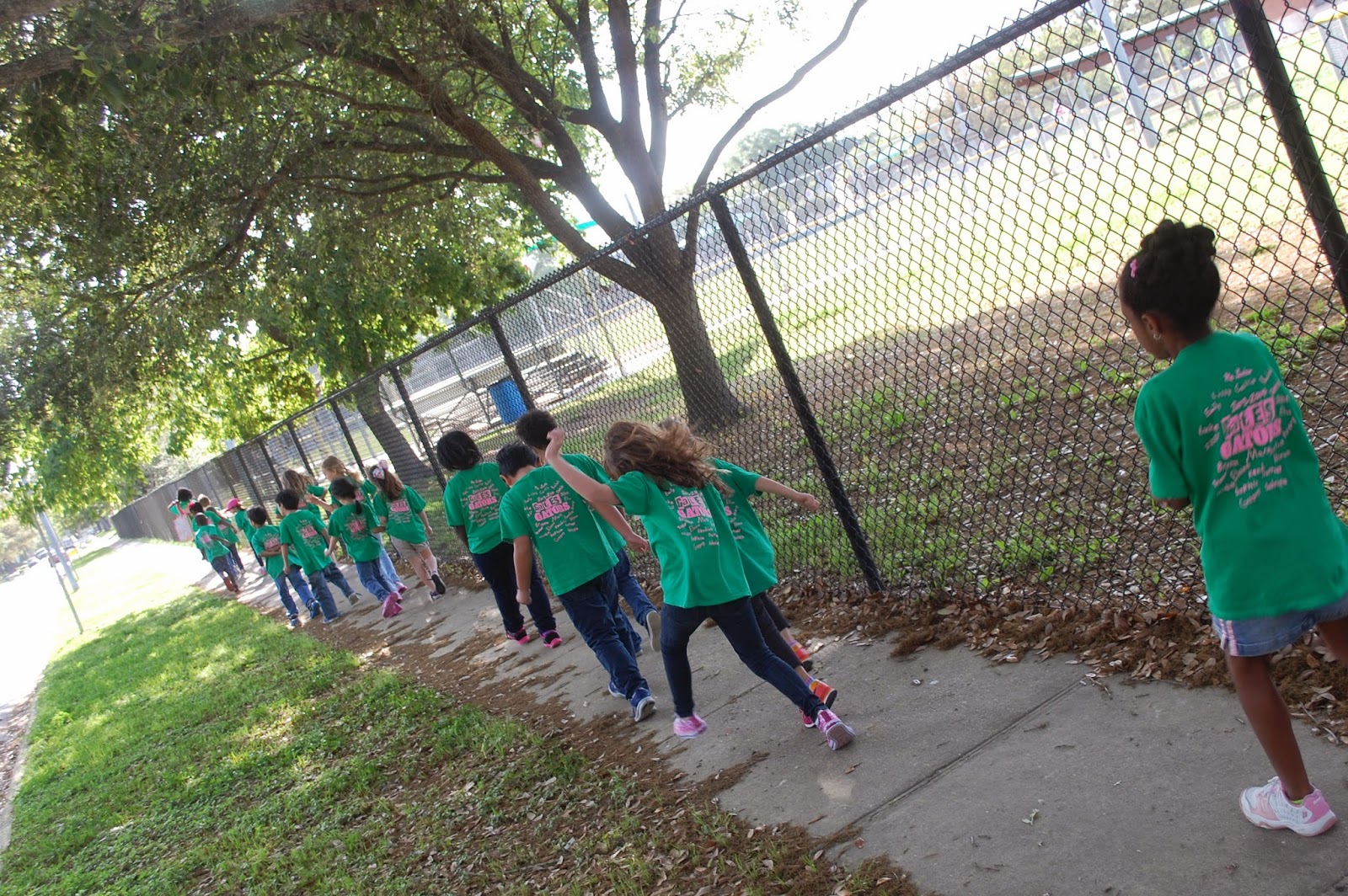 Perhaps there will be another field trip or two before the year is finished. Maybe I'll be able to go or maybe I won't. I'll make every effort to not feel guilty either way. We do what we can.

Since this is my blog, with the title "El Momma," and I'm a mother, I'm going to take a few minutes to share some of my thoughts on the final season, finale and the show How I Met Your Mother.
First off, the premise and the show had me from the first episode. It began airing in the Fall of 2005 just after our first son was born. I loved the idea of the dad telling his version of how he met their mother in his own quirky way.
Robin and Ted were charming in the beginning. She showed potential to grow into an amazing woman, wife and possibly a loving mother one day. However, at some point, the writers became determined to do two things : 1. make Robin into a character completely opposite of anyone Ted could ever love and 2. insist that she could never be the mother. Apparently, unbeknownst to viewers, they decided in the second season that the mother would die in the end and Ted and Robin would reunite with the blessing of Ted's children. They recorded this ending with the children of Bob Saget's voice and then they stuck with it.
I'm fine with that, in and of itself. Really, I am. But, grown up, successful people don't fall in love for keeps with ideas. Ted fell in love with the idea of Robin when he was young. By the time they end up together, Robin's character is more than a little flawed. And, Ted has seen it all. She's selfish, ready to run off on her own wedding day, is possibly a closet lesbian (the final season), doesn't make time for her friends or family and is alone and lonely. She's the one you miss when your friends gather together for their annual catch up weekend. She's not the one you continue to pine after.
So, to the writers of HIMYM, when you had your chance, you could have given Robin a few more redeemable qualities throughout the many seasons we the fans put in waiting to meet the mother. That would have made the ending bearable.
Signed,
el Momma (translation: The Mother)