We have had a pretty wonderful year. Blessed beyond our expectations. God has been extremely good to us as we continue to learn to walk within His will.
To follow Him.
To listen when His answer is and isn't what we want to hear.
I won't give you a synopsis of our whole year, but I'll give you a few highlights.
I have to brag on my dear husband, because he doesn't publicize this type of thing. But, if you saw him, you would know. So, I can share here. He lost 60 pounds this year. Changed his eating habits and began exercising regularly. His healthy change has made a positive impact on him and all of us. Way to go, Moustapha! We are proud of you and so thankful for you.
He's continued to do well at work and his attention to detail serves him so well as an attorney. He's awesome.
Summer was incredible. We travelled a lot. We were invited to Escape to the Lake in Wisconsin, meeting and connecting with a lot of special people and artists through Under the Radar. I also helped cowrite and produce St. Andrew's vacation bible school with my dear friend, Kelly. That was amazing!
We took a family trip to Destin, Florida at the end of the Summer. It was definitely a highlight of the year. We traveled with my parents, sister, brother, sister-in-law and 3 of our nephews and 1 niece. The Els were in heaven with some of their favorite playmates on vacation with us!
4th grade has been Bakri's best year yet. And, all of the Els love their classes and teachers. We feel very blessed.
I have definitely felt God's hand on my life unlike any other time I have experienced before. This fall, God led us to a new church home, Church of the Apostles  Houston. It was bittersweet to leave our St. Andrews family and follow God to this new church. I have truly felt surrounded by His love as I have begun to lead a new church community as the Worship Pastor. Late in November CCM Magazine asked me if I would contribute a song to their Christmas album. I was honored to be asked, but of my two original Christmas songs, neither was recorded. I won't go in to this whole story. But, I will share that Nashville studio musicians ended up recording the instrumentation of the song and I recorded the vocals here in Houston. Jonathan Camey mixed the vocals in Houston and now my song Noel, I know Jesus is on the 2014 Christmas album alongside artist like Francesca Battistelli, Sandi Patty, MercyMe, and Kari Jobe to name drop a few! 😃 I can't say "blessed" and "humbled" enough. I do not feel worthy of these many blessings, but I do not take them for granted.
Thank you for being part of our lives. We appreciate our friends and family near and far.
A few of my hopes for 2015... 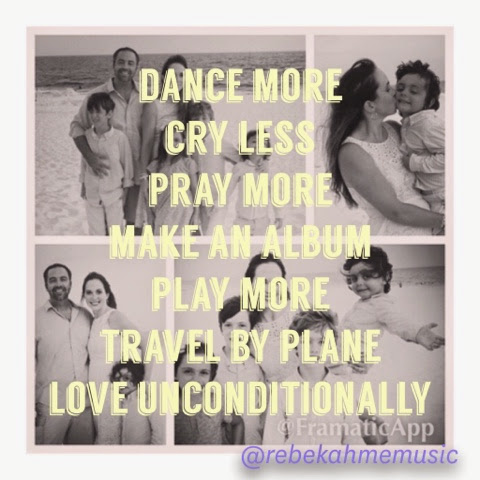 As I head off to bed in the early hours of Christmas morning, I'm struck my an unusual sense of peace. This moment. Alone. Downstairs. The stockings are full. The presents are wrapped. There is a half-eaten cookie and partially empty glass of milk in the living room. "Santa" has made his delivery of one toy per El under the tree. And, the children are snug in their beds. Probably dreaming of the chaos that will surely touch us, if not overwhelm us in a few hours.
It's peaceful.
It's quiet.
Thank you, Jesus for your peace that passes all understanding.
I often get asked how I am so calm with four kids. (I'm not that calm, btw) But, if there is calmness, it's peace. The peace that can only come through Jesus.
Happy birthday, Jesus!
May the peace of Christ be with you and yours this Christmas and always. 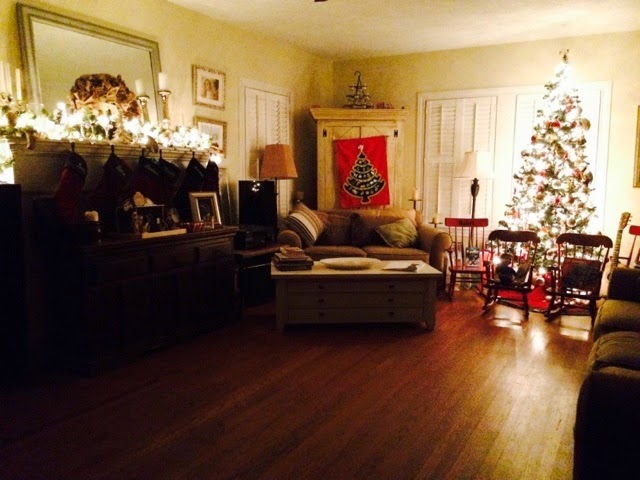 On my way to church last Sunday, I took my husband's car and left my vehicle for him and the Els to meet me at church later. I meet with the worship team an hour before service. I headed out giving myself an extra 45 minutes to get there. It's about a 10 minute drive.
The car was uneasy starting and I checked the gas gauge. It was low. Not wanting to run out of gas, I went to a nearby gas station. I think at that point I had put out of my mind that the car had started slowly. I turned it off, got some gas and got back in the car to head off. But, the car would not start. I was panicked. I prayed. Tried again, but no luck. I called Moustapha and waited for him to pick me up. Meanwhile there was a buildup of cars waiting to get gas. I decided I would put the car in neutral and push it into a parking spot. (My knee still hurts!) I started moving it slowly and  before I knew it, others were helping me push the car. I pulled the emergency break and turned to thank the helpful people and looked right at my neighbor. He had helped me not even knowing it was me. And I had accepted his help not knowing it was someone I knew.
To see his smiling face, his offer to run home and grab jumper cables, and just to know that I had a friend. It was just what I needed. I wasn't alone.
I told him Moustapha was on his way. and I was ok. In the next moment Moustapha was there and I was on my way to church. I wasn't even late. Moustapha and his dad jumped the car and they even made it to church on time. It felt like a series of little miracles all gathered together to get us to where we were supposed to be at the exact moment we were supposed to be there.
Perfect timing. What is perfect timing? It's His timing. When things happen that we don't plan and we know that we're not alone. God is with us. It's in His time. I'm thankful for these clear reminders of who is in control. Would I have planned Sunday morning like this? No. But, when my plans failed, His plans took over. I was where I was supposed to be in the exact moment I was supposed to be there.
Perfect timing. 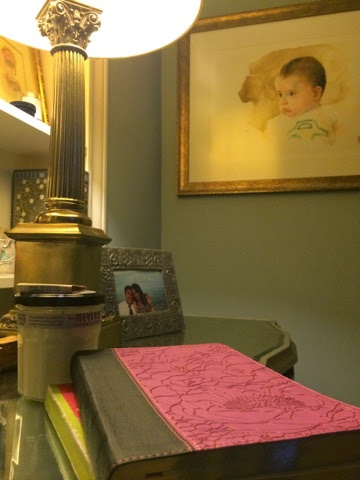