Football Clinic with a Pro

One of our favorite parts of this weekend included a football clinic with NFL quarterback Ryan Fitzpatrick (formerly of the Texans and currently of the Jets). He's a great player and more importantly he's a dad. A dad who cares about the school where is children attend, being in community and giving back.
Our second grader, Maddux loves football and he and his dad attended one Texans game this year. Can you guess which one? Let's just say the quarterback set franchise records!
We would see Ryan in the halls dropping off kids for school in the morning and Maddux would often say that he wanted to tell him that he had a good game. But, he didn't. He was feeling a little shy. So, when this opportunity came up to participate in a clinic with Ryan, we knew it was the perfect thing for our Maddux to participate in. And, it truly was. They enjoyed doing all kinds of football drills and then played a scrimmage with their favorite NFL quarterback! What a day. I didn't want to share pictures with other children, so I will just share these three of Maddux  and Ryan Fitzpatrick. But, I think they show what a special day it was. Truly grateful to Ryan, his family, his wife who is due with their fifth child any day now, our amazing school and the moms that set this whole thing up. You guys rock the red carpet and more! 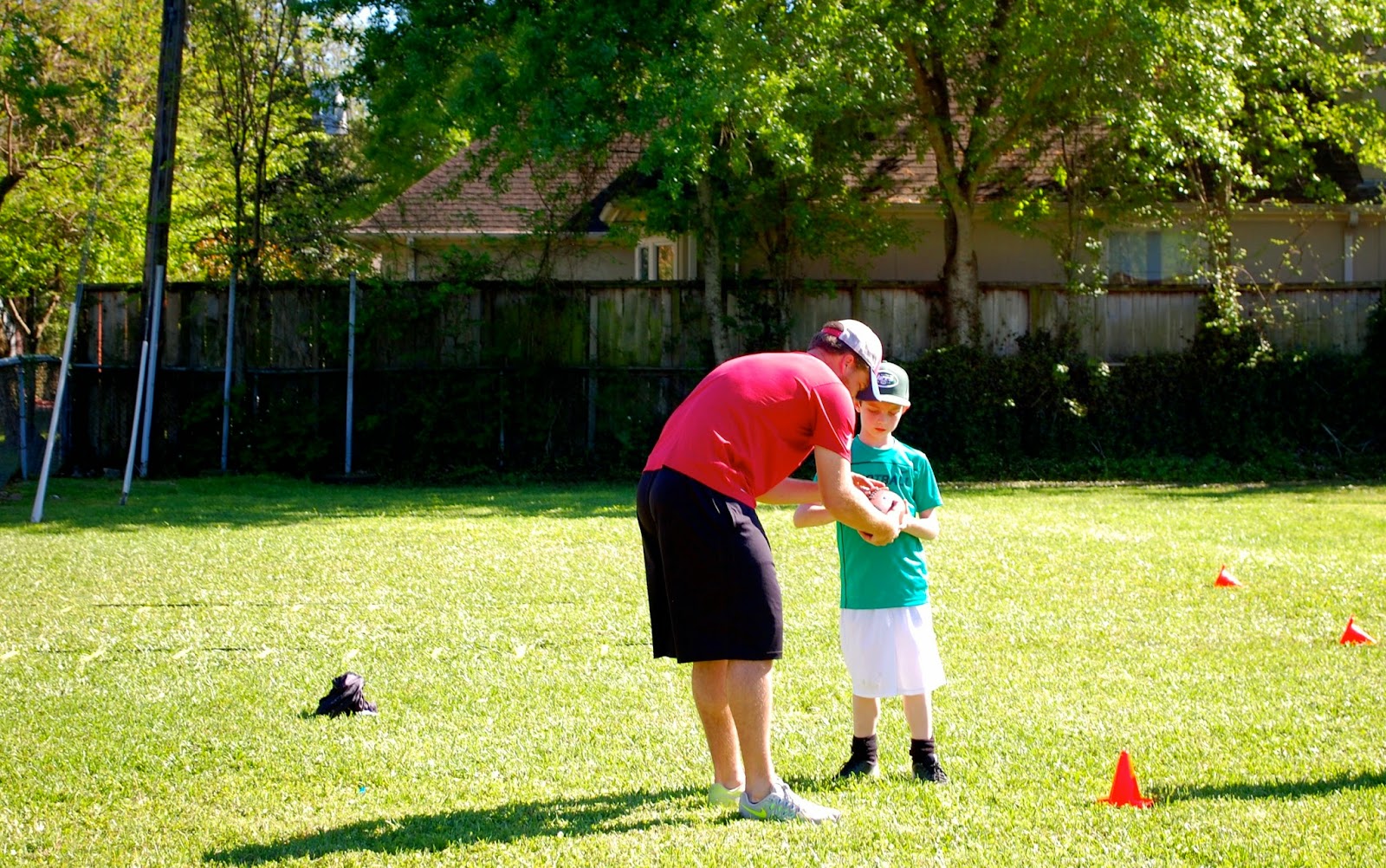 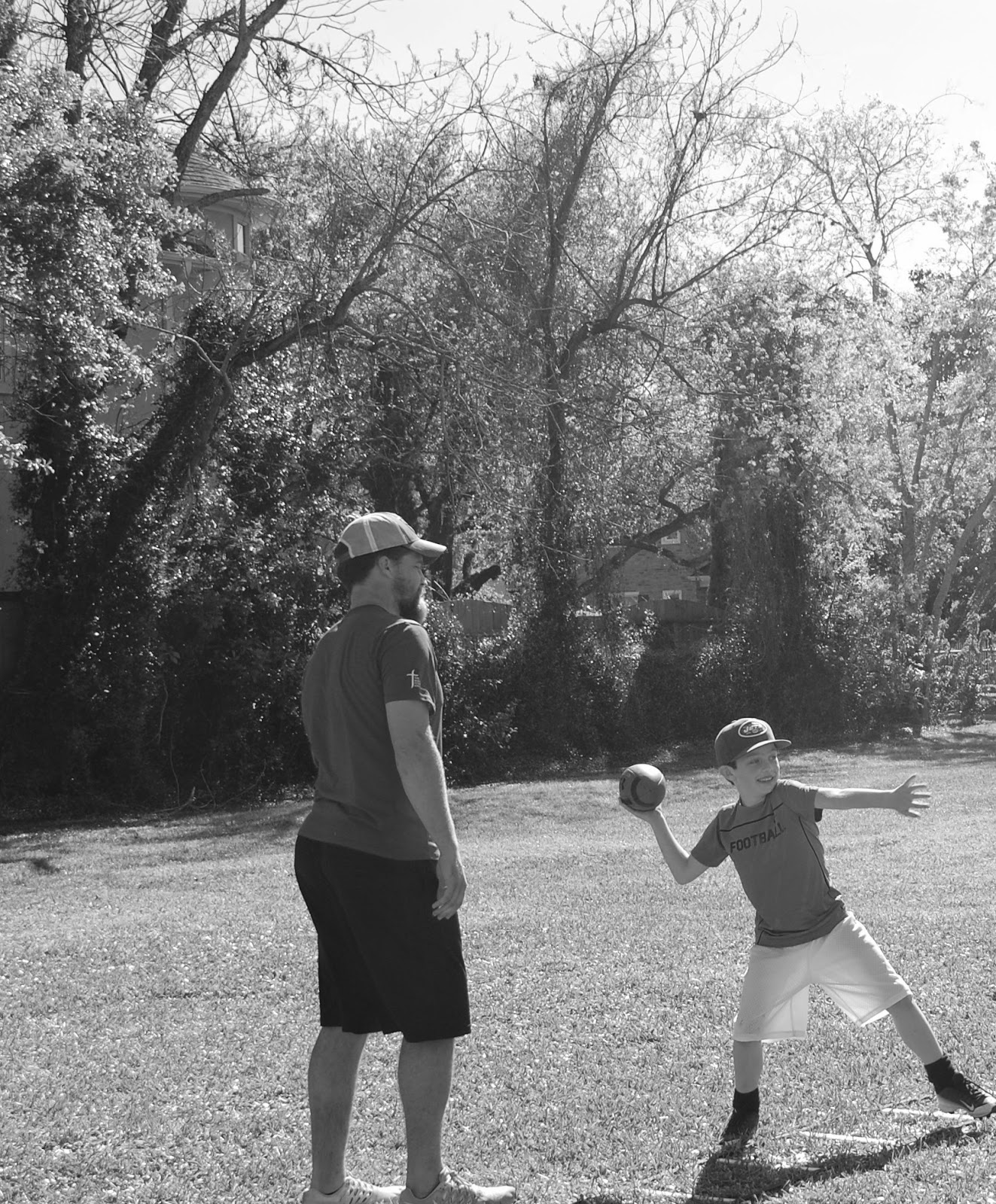 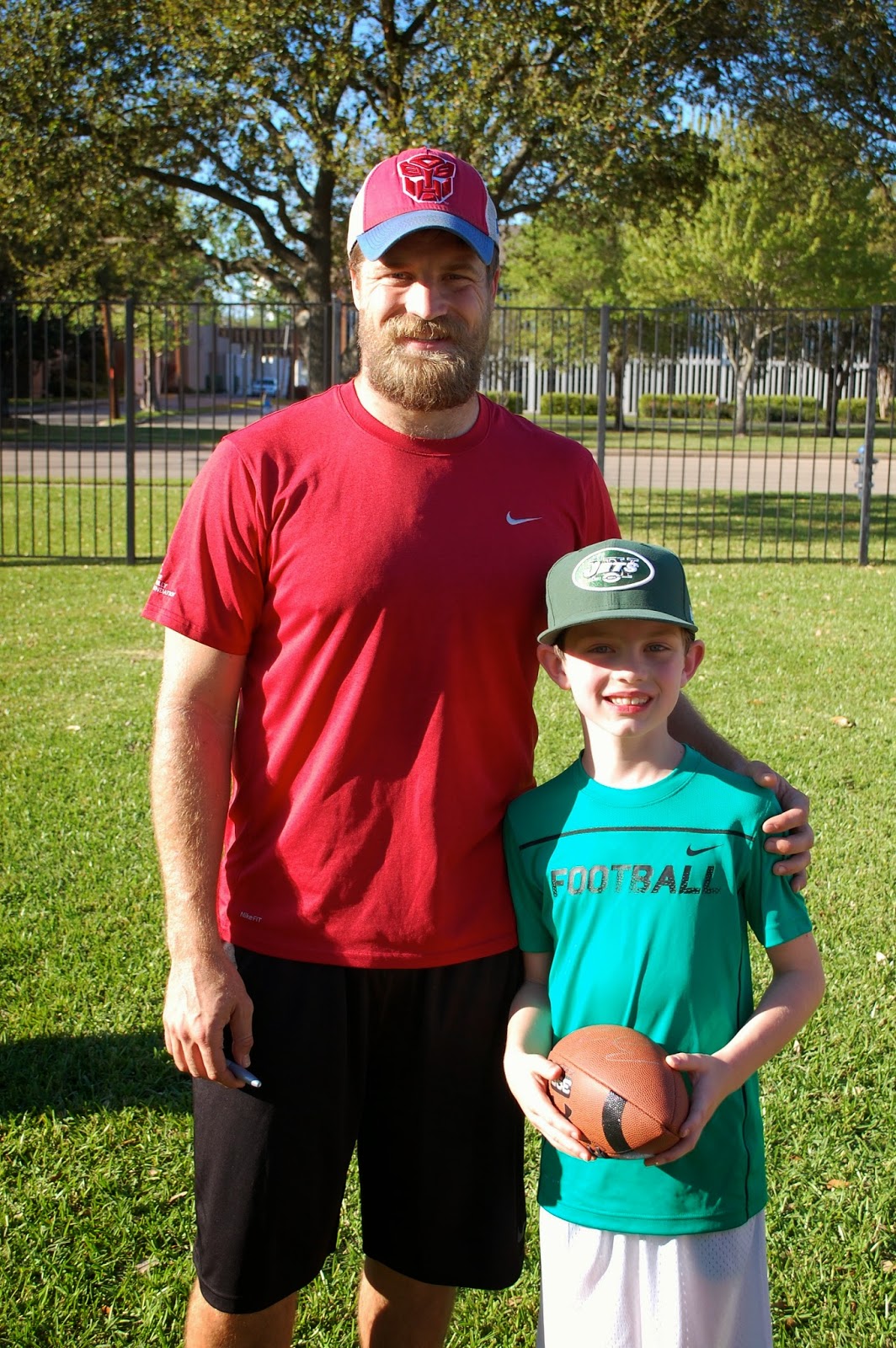