What is something God is teaching you right now? 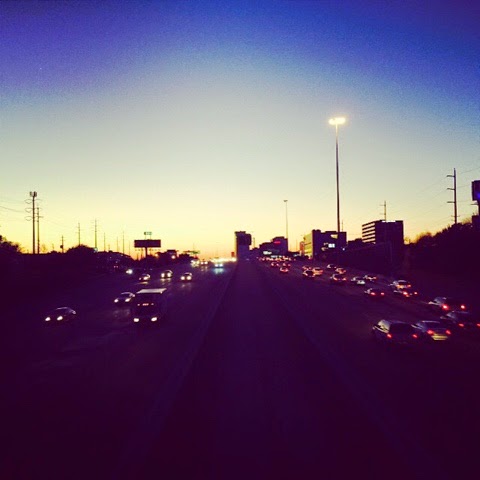 Recently I was asked this question and I wanted to share my answer with you here:


To abide in Him. John 15 says “I am the true vine, and my Father is the vinedresser.  Every branch in me that does not bear fruit he takes away, and every branch that does bear fruit he prunes, that it may bear more fruit.  Already you are clean because of the word that I have spoken to you.  Abide in me, and I in you. As the branch cannot bear fruit by itself, unless it abides in the vine, neither can you, unless you abide in me.  I am the vine; you are the branches. Whoever abides in me and I in him, he it is that bears much fruit, for apart from me you can do nothing."

More than ever before, I know He is reminding me to 'abide' in Him. To depend on Him completely. To go to Him in prayer with everything. Talk to Him. Walk with Him and live this example with my children. We pray about everything together.

We were in a car accident, hit from behind while stopped in rush hour traffic this week. The next day, I was driving with them, again in Houston rush hour traffic and feeling extremely anxious that we were going to be hit. I saw the car coming and couldn't do anything to stop the accident. It was a feeling of helplessness, but a reminder that we are not helpless. We have Jesus to depend on. We have the Father who loves us completely and totally. And, the Holy Spirit moving within us. So, I told my children (who I affectionately call "the Els" which is short for our last name El-Hakam) about how I was feeling and I led them in prayer as we drove. We prayed out loud and prayed some more. We started with praying that God would protect us and remove the anxiety that I was feeling and we moved into praying for things that are on our hearts. My dad was in the hospital and one of the Els' teacher's baby is very sick. So each of the children wanted to add their own special prayers.

Last night, Houston was hit with very hard rains flooding our neighborhood streets. So much so, that the cars that were parked on the street in front of our homes were flooded. Cars down the street that were attempting to drive in the flood, were left abandoned and left blocking the street. We had people waiting for the water to recede on our front porch. I offered them assistance while trying to keep the Els occupied inside. The water was continuing to rise and more cars were getting stuck. The people on the porch continued to wait it out. I started attempting to put the Els to bed. It was hard because there was a car alarm going off the entire time. I went back outside to move my car further into my driveway so another couple could attempt to get out by turning their car around in my driveway. That mission was successful. But, the people on the porch kept waiting. I went to give good night kisses and my youngest son, who is only four years old, asked if we could pray. He wanted to pray for the rain to stop, for the water to go down and for the people to be able to get home safely. We sat on my daughter's bed, held hands and we prayed. When we finished, I went back to check on things outside and as if the dam had been released, the water on the street which had been 1.5 foot deep was now completely receded. I went inside, told my little guy and he was able to sleep peacefully. I knew instantly that by abiding in God completely and living that example for my children, they are learning by example, not just by words how to abide in Christ Jesus.

So, I leave with you this word: 'abide." Think about what it means to abide in something or someone and how your life might be impacted if you begin to choose to abide in Christ Jesus.

I also want to share with you my friend's blog. It is called Celebrate the Family. http://celebratethefamily.org Teresa is a living testimony of abiding in Christ and going to Him in prayer. I am thankful for her inspiration at this time in my life. Blessings. -Rebekah
Posted by El Momma at 8:09 AM
Email ThisBlogThis!Share to TwitterShare to FacebookShare to Pinterest
Labels: Abide, celebratethefamily.org, elmomma, els, family life, jesus, teresa glenn

Hi Rebekah!
I loved reading your post tonight. It's clear that the Lord is a familiar household name in your home...and a familiar Friend to your children. Thanks for sharing a page from your life here. I look forward to reading more.
And, thanks for mentioning my blog! So kind.